Skip to content
Share via
WHAT IS MODAL FABRIC AND DOES IT LIVE UP TO THE HYPE?
https://www.sustainablejungle.com/sustainable-fashion/what-is-modal-fabric/

Some call it a sustainable textile and others worry that its popularity is a result of greenwashing. So, what is modal fabric? Does it live up to its hype as an eco-friendly fashion material?

The pulp of beech trees is what becomes modal fabric. Modal is a semi-synthetic and breathable material. It is commonly found in underwear, cotton jersey t-shirts, activewear, and even bedding.

Like with many of the fabrics used in sustainable fashion, modal does have its ecological benefits. It doesn’t require as many resources as other materials and is made with plant-based materials. Plus, it’s easy to care for and super comfortable.

However, the sustainability of modal is, well, complicated.

In order to ensure that modal-made clothes belong in our eco-friendly wardrobes, we might have to do a little extra digging (like looking for that favorite skirt you know is buried somewhere in your closet).

WHAT IS MODAL FABRIC?

Modal rayon fabric, also known as High Wet Modulus (HWM) rayon, was first developed in Japan in 1951 as an alternative to silk. Modal is very similar to regular viscose rayon. However, it is also stronger, more breathable, and has an ability to withstand excessive moisture.

Modal is a “semi-synthetic” fabric that is commonly combined with other fibers to create a soft and long-lasting material. Its silky-smooth feel makes it one of the more luxurious fabrics and it’s generally found in higher-end sustainable clothing.

HOW IS IT PRODUCED?

Modal is produced in a manner like that of viscose rayon, but without most of the wasteful and harmful processes. It involves the use of harvested beech trees. A somewhat complex purification process converts the wood chips into the cellulose that becomes the fabric.

First, sheets are formed from the extracted cellulose. Submerging the sheets in sodium hydroxide prepares them for the next step. Unlike with viscose rayon, this process requires much less sodium hydroxide, which means less toxic waste.

Seeping the cellulose sheets breaks them down into crumb-size pieces. Immersing them in carbon disulfide produces an orange substance called sodium cellulose xanthate.

This is the point in which modal is considered to be a semi-synthetic fabric.

The sodium cellulose xanthate is once again soaked in sodium hydroxide. It is then moved through a spinneret to create fibers. A soak in sulfuric acid is the final step, and then voila—manufacturers have created yarn!

After bleaching, washing, and drying, modal is ready to become that favorite t-shirt or new pair of undies.

One of the best modal fabric properties is its ultra-comfy feel. It’s soft, light, flexible, and breathable. Like silk, it doesn’t crease, doesn’t shrink, and drapes well, too.

It provides the perfect stretch but also remains durable (even for that pair of yoga pants you’ve been living in over the past couple of months!). Even better, you won’t experience that annoying pilling after extended wear.

WHAT IS IT USED FOR?

Modal lasts longer than cotton and can withstand repeated wash and dry cycles, making it a great fabric for activewear. It’s also color-fast and comfortable, which makes it perfect for bras, pajamas, and comfy tees.

The leader in modal fabric is Lenzing AG, an Austrian fabric company. Driven by a mission to provide sustainable fibers, Lenzing uses a circular business model to achieve their aims.

One of Lenzing’s brands, TENCEL™, uses both lyocell and modal fibers. Recognized for their closed loop production process, the brand reuses 99% of the solvent and recycles water.

They use sustainable wood sources and ensure that certified sources produce the harvested wood. Overall, the production of Lenzing Modal is carbon-neutral and requires less land and water than other textiles

THE SUSTAINABILITY OF MODAL FABRIC

While Lenzing leads the way, there are other companies that produce this type of rayon. The production of modal takes place in countries like China, India, Indonesia, and Pakistan—but without the strict standards used by Lenzing.

In some areas of the world, the production of modal fabric occurs with government standards that are more lax than in others. This can have an impact on sustainability and worker conditions, given the heavy use of chemicals in production.

In fact, the modal supply chain has been linked to logging in tropical rainforest areas—at a rate that’s predicted to double by 2025.

That’s right, while beechwood pulp produces most modal fabric, rainforest pulp has been used as well. While environmentally responsible processes that use sustainably sourced wood are responsible for Lenzing modal fibers, many other manufacturers don’t do the same.

Every year, our clothing comes from more than 120 million trees that have been cut down. The biodegradability of modal means that it is one of the more sustainable options out there. But, to ensure that it’s one of the best fabrics for our planet, it should come from a trusted manufacturer who uses sustainable sourcing practices.

PROS AND CONS OF THE FABRIC

One of the biggest pros of modal fibers is that, in Lenzing’s case, it has been certified as both biodegradable and compostable under home, soil, industrial, and marine conditions.

It’s growth is more sustainable than that of cotton, and it’s responsible for yields up to ten times as high. It also uses 20 times less water!

Water is also saved when you’re wearing those new modal fabric pajamas. The material doesn’t require heavy washing and you’ll have no need for whitening agents or fabric softener.

Modal is comfortable and durable. You can anticipate that clothes made with this material will be able to withstand stretching and moving and years of wearing.

When it comes to the cons of modal fibers, there have been occasional drawbacks reported including allergic reactions, discoloration and lack of heat retention.

For us, the number one downside of modal is that, unless it is a Lenzing Modal, you just cannot guarantee that the underlying wood pulp came from a sustainably managed forest or that the process was safe for workers and the environment.

HOW TO CARE FOR MODAL FABRIC?

Modal is machine washable but as always, the most environmentally friendly wash is a cold wash. This will also help prevent any shrinking. For lingerie or delicate items, be sure to use a wash bag to protect your special ware.

If you must use a dryer, use a low to medium high temperature. Ironing is generally not a problem for modal but do be sure to check the care labels on your garment.

We would generally advise against using chemicals but if you feel you need to bleach your clothing, use a bleach that does not contain chlorine and is oxygen based instead.

HOW DOES IT COMPARE TO OTHER TEXTILES?

It’s important to realize that in many cases, the modal fabric composition will depend on the other fabric that it’s paired with (like a cotton modal blend). It’s often blended with another fabric to ensure long-lasting use and ultimate comfort.

Modal is different from other types of fabric, for reasons that go beyond sustainability.

Similar to Modal, Lyocell converts wood pulp into a fiber, which is turned into a fabric. However, the closed loop solvent spinning manufacturing process for Lyocell uses non-toxic cellulose solvents

WHICH BRANDS USE MODAL FABRIC?

There are many brands that have responded to a demand for more eco-friendly clothing. Some are using modal fabric to achieve their sustainability aims.

Chances are, if you’re looking for ethical underwear or lingerie, you’ll come across several brands that use modal fabric. When it comes to sustainable t-shirts and men’s clothing, you’ll also see many brands who use models wearing modal (try saying that 5 times fast!).

Modal fabric is a popular eco-friendly textile for a reason. It exceeds the sustainability of many other types of fabric. It combines low resource requirements with other benefits like breathability, durability, and comfort.

However, not all modal is created equally. When you’re looking for a new shirt or pair of PJs, look for a transparent brand that supports sustainably grown beech trees, not deforestation.

What do you think? Is this one of your favorite eco-friendly fabrics or do you think fashion brands can do better? Let us know!

Share via
WHAT IS MODAL FABRIC AND DOES IT LIVE UP TO THE HYPE?
https://www.sustainablejungle.com/sustainable-fashion/what-is-modal-fabric/ 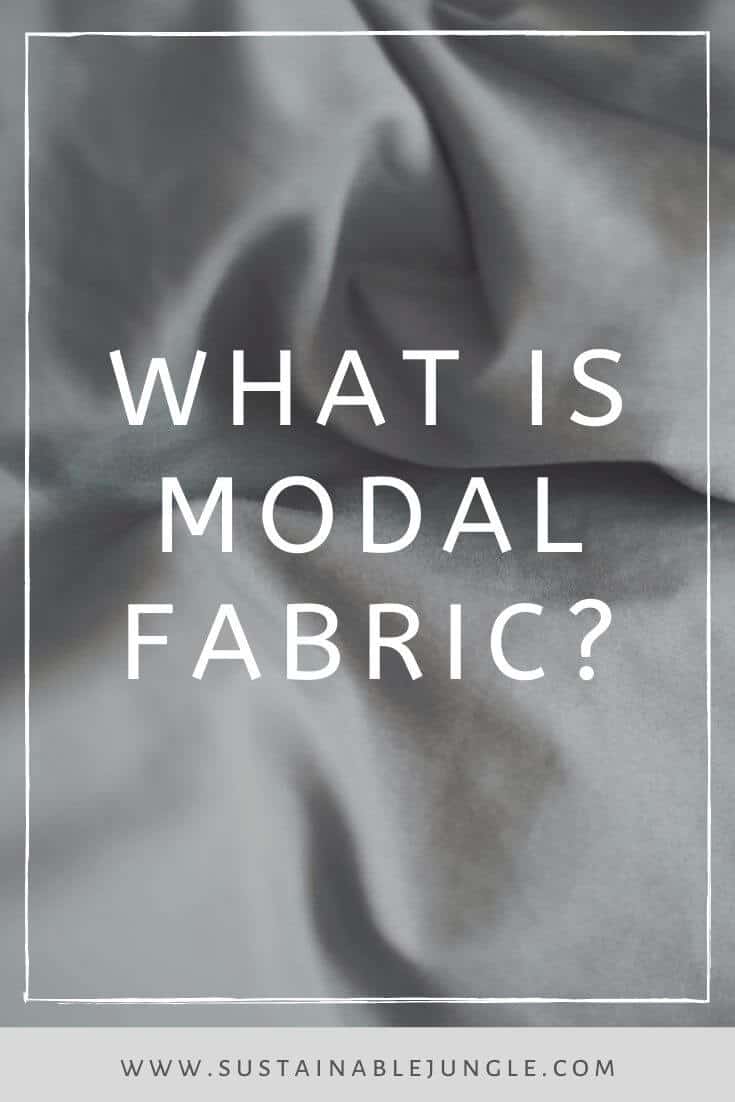 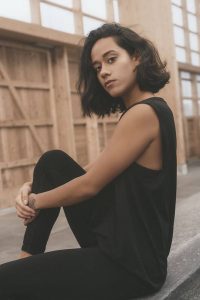 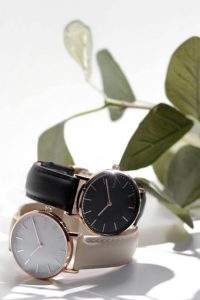 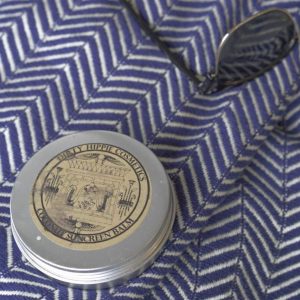 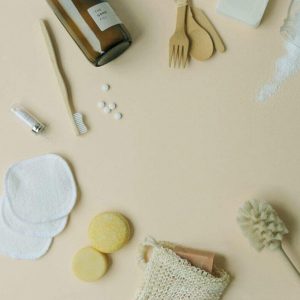 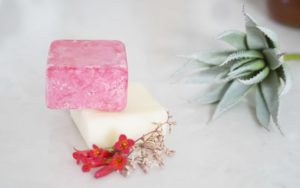 APARTMENT COMPOSTING 101: HOW TO MAKE THE MOST OF ORGANIC WASTE IN A SMALL SPACE 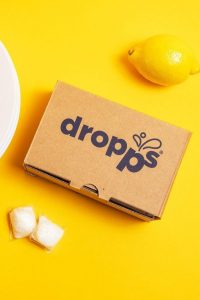 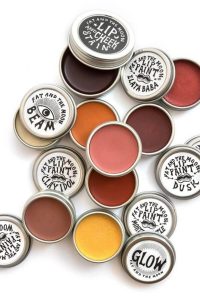 ZERO WASTE MAKEUP: 17 BRANDS FOR GLAMMING UP AND GOING GREEN